FRANK WARREN has revealed that an announcement for the blockbuster bout between Tyson Fury and Oleksandr Usyk is ‘imminent’.

The two title holders are set to face off this year after clearing the path with Fury defeating Derek Chisora and Usyk seeing off Anthony Joshua in a rematch.

The undisputed fight between the two is one of the most heavily anticipated clashes among boxing fans this year.

Fury’s promoter, Warren, has said that there are a “couple of things” to sort out to seal a deal for the fight.

He told Seconds Out Youtube channel: “Both sides want the fight and are up for the fight. 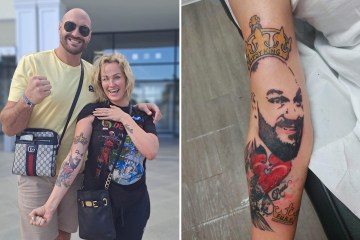 “I don’t think we’re far off from announcing it.

“It’s basically just a couple of things behind the scenes we’re just trying to get sorted.

“I won’t go into it as I don’t want to compromise the situation.

The bout between the Fury and Usyk was expected to be in March, but Warren confirmed that it has had to be pushed back.

When asked if the new date for the bout would be in April, Warren replied: “Yeah, I mean, we have to get it on as soon as possible for obvious reasons.”

As the fight deal nears completion, history will be made, as all four heavyweight belts have never been on the line in the same fight.

Fury’s American promoter, Bob Arum, has confirmed that Fury and Usyk have agreed to the title showdown, and that an unidentified Middle Eastern country will host the bout.

But if a venue in the Middle Eastern cannot be found, then Wembley Stadium would be on the table to play host.